The History of the
Effective Microorganisms
Known as
EM•1®

Bokashi is a Japanese agricultural term for "fermented organic matter".
Food scraps are collected in an air tight container, layered with a Probiotic (EM•1®)compost accelerator that ferments or "pickles" the food making it soft and breakdown faster. 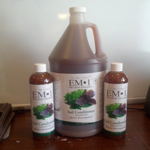 EM•1® is an acronym for Effective Microorganisms ®.
​It is a brand name referring to a line of microbial-based products using technology developed by Japanese scientist Dr. Teruo Higa.
​EM•1® is a liquid bacterial product made of three groups of bacteria:
Yeast, Photosynthetic Bacteria and Lactic Acid Bacteria.
​EM•1® works together with beneficial microbes in the area to which it is added, creating a synergy among microorganisms and larger forms of life including insects and worms, pets and livestock and people.  All products using EM Technology ® contain EM•1® in some part of the manufacturing process.

EM Technology was developed by Professor Dr. Teuro Higa while he was a professor of horticulture at the College of Agriculture, University of the Ryukyus in Okinawa Japan.  Until he became ill from his use of chemicals before he turned 30, Dr. Higa was a proponent of conventional agriculture and worked on the development of synthetic agricultural products.

Having grown up farming, he knew that farmers were quickly left at the mercy of the chemical companies that supplied them with ever-increasing expensive inputs.  He decided to find a natural method through the use of beneficial microorganisms that would help relieve the farmers of their chemical dependencies.  Around this time, during the mid-late 1960’s, microorganisms were being studied around the world for various applications.  Most of that research was being done on single stains of microbes using single inoculations.   Dr. Higa decided to study combined cultures first to find which ones would co-exist.  He used only non-pathogenic facilitative microbes for his experiments.  A mixture he had thrown on a patch of grass before leaving for a school vacation was eventually to become what we know as EM•1®.  Upon returning from his vacation he noticed the area where he had thrown the “waste” products had grown considerably.  He reviewed his notes and remixed the combination EM®, an acronym for Effective Microorganisms ®.  Dr. Higa started development of EM•1® in 1968.  His work pioneered the use of multiple strains of microbes in one culture as well as the use of multiple applications.  The first batch on the market under the trade name EM® was sold in Japan in 1982.  Use quickly spread through Eastern Asia, but was slow to grow in its home country, Japan.

In 1992, EM Technologies, Inc. began manufacturing to EM•1® in Tucson, Arizona for the North American Market.

By observing the activity of the Effective Micro-organisms® cultures, Dr. Higa developed what is known as the EM Philosophy:  to develop a sustainable society based on co-existence and co-prosperity, exchange of information, safety, convenience, low cost and high quality.  Dr. Higa coined the term “syntropy” to describe this phenomenon.  EM•1® Microbial Inoculant is all-natural, non-genetically modified (Non GMO), and approved for certified organic production under the new USDA program and OMRI Listed.  The use of EM Technology ® has broadened in the last two decades from agriculture to water treatment, odor control, animal husbandry, human health and numerous other industrial treatments.

EM•1® products are sold in over 100 countries and produced in over 50 facilities including the manufacturing plant in Tucson, Arizona which produces several products for the United States and Canada.

The information on this website was obtained from the US manufacturer of EM•1® ~ Teraganix ~ and from our own experience with Bokashi Composting. Green Quest is a distributor of EM® Products, so please use our name when purchasing, Thanks. 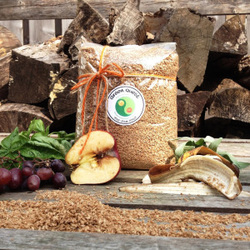 When EM•1® is added to wheat bran with molasses and fermented, Bokashi is made.
​Bokashi is the key to smart, easy composting. When bokashi is added to compost enclosed in an air tight bucket an anaerobic process starts where the effective microorganisms in the bokashi break down food scraps, accelerating the composting process, eliminating foul odors and aiding the health of the compost.  Where a traditional compost may take seasons to create rich compost, bokashi composting can create richer, healthier compost in a matter of months.  The best part is that the food waste goes directly from the bucket into your land.  Just dig a trench, bury the food waste where you plan on planting and you are done!  Fertilizing your soil was never easier. Start Composting with Bokashi Today and you’ll be harvesting a lush garden and healthy crops in no time! 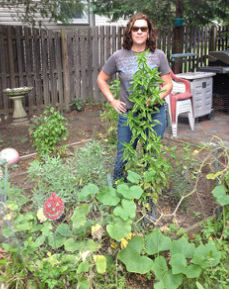 Would you like to ….
create fertile compost?
harvest a lush garden?
produce an extensive farm?
eliminate toxic problems from your home?

EM•1® can aid in doing all of these things and more.  In the soil microorganisms recycle nutrients and digest harmful chemical compounds, two processes that are imperative to creating rich fertile conditions for plants to grow.  Effective Microorganisms or EM•1® is a product that contains microorganisms that help restore soil to its optimum condition.  You could call it the essential soil pro biotic.
Traditional composting is done outside in a pile where you mix food scraps with brown matter (leaves, sticks, etc).  It is an aerobic process, where you have to turn the pile seasonally to make sure that it is getting air so that it can breathe and decompose.

Microorganisms in Our Bodies and Food 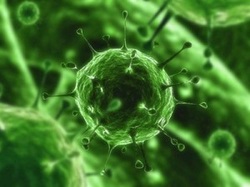 Microorganisms are “tiny” organisms.  They are not visible to the naked eye, only through a microscope.  Bacteria, fungus and algae are all microorganisms.  Our bodies contain microorganisms, or good bacteria that live cooperatively within our internal digestion system where they act as immune boosters and decomposes, extracting nutrients and synthesizing vitamins.  Many of us take “Probiotics” or “good bacteria” to aid our natural intestinal environment.  Microorganisms are so useful that we even use them when preparing fermented food such as brewing beer, wine, pickling and baking.  Foods such as yogurt, sauerkraut and Kimchee all contain this good bacteria that help our digestion.

Effective Microorganisms are a bio-remediation agent. This means that they mediate or “solve a problem” using natural or biological “live” means.


In places affected by toxic spills, hurricanes and earthquakes the environment often gets littered with unnatural agents that pollute soil, buildings and water supplies.  Effective microorganisms are then applied to these areas where they digest the toxic chemicals, such as oil and other petrochemicals and mold.  After digestion they release water and carbon dioxide into the air completely cleaning returning the environment back to its natural state.

​
DISASTER CLEANUP SITES that used Bio remediation and EM•1®
It’s been used effectively for nearly 30 years. EM•1® has a proven track record.
Below are just a few locations of use in disaster clean up.

EM•1® and Mold in your Home 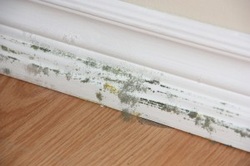 FOR MOLD: In your home, effective microorganisms can eat mold in wet damp areas. To treat areas affected by mold create a dilution of 1:20, 1 part EM•1® to 20 parts water.  EM•1® is highly concentrated an a little goes a long way.
Unique Site Visitors: